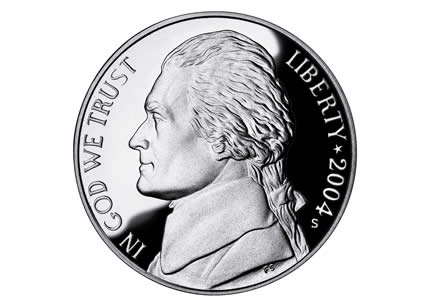 Almost every Treasury in the world has introduced cheap nickel plated coins and alloys to cut costs without any consideration given to the potential health effects from allergies, eczema and skin disease related to nickel exposure such as contact dermatitis. Initial tests showed the coins didn’t release enough nickel to trigger allergies, but experts say previous tests were flawed, exposing public to high levels.

There are approximately 30 elements used for coins, however according to a global investigation of coin composition and nickel and cobalt release in Contact Dermatitis, a worldwide selection of countries with circulating coins releasing toxic metals covers 75% of the world population and the majority of the people live in countries where coins release nickel.

An Austrian dermatologist warned that despite assurances of ‘hypo-allergenic’ Euro coins, theycontain enough nickel to cause contact dermatitis.

EU (European Union) technical documents claim that the quality of the alloy in the Euros “overcomes the risk of allergy”. But studies of the new coins indicate that they release as much nickel as conventional currencies.

Governments should be discouraged from using “weasel words,” agrees Richard Rycroft of the St John’s Institute for Dermatology in London. “The term ‘hypo-allergenic’ is misleading, if not meaningless,” unless it is backed up by scientific data, he says.

Recently Doctors have issued allergy warnings over the coins introduced in January last year after tests revealed they release four times more nickel on to the skin than expected.

The authors say the problem is a ‘public health concern’ and Britons are ‘being unnecessarily exposed to high levels of nickel on the skin’.

The number of people with a nickel allergy has soared in recent years with around one in five women and one in ten in the general population affected.

The problem has become so great that Europe recently introduced strict new rules on how much nickel can be used in personal items worn next to the skin such as watch straps, earrings and necklaces. Previous studies have shown that cobalt ions are genotoxic, which could potentially damage DNA and lead to further long-term medical complications.

Research shows that people with specific allergies who handle coins frequently could suffer a reaction because the friction leads to higher exposure than in laboratory conditions.

Researchers from the St John’s Institute of Dermatology at St Thomas’ Hospital, London, and the Karolinska Institute, Sweden say the risk will escalate dramatically as more nickel coins are phased in during the coming months.

The new coins have been banned by Swedish authorities because they ‘pose unacceptable risks to health’.

The new coins were introduced in January last year in a bid to save up to millions. Previously the so-called ‘silver’ coins were made from a metal known as cupronickel, an alloy made of more than 70 percent copper and 25 percent nickel.

But the new slightly thicker coins made from steel with a nickel coating are cheaper to make.

At the time of the switchover, doctors warned that a proper health assessment had not been carried out over the allergy risk for the general public and for those who handle coins regularly such as cashiers.

The Mint responded by asking three laboratories to carry out an assessment using a standard EU test which measures the amount of nickel released if a coin is left submerged in artificial sweat.

They found no increase in nickel released from the new coins compared to the old.

But this approach is flawed, says a report in the medical journal Contact Dermatitis.

When handling money, the nickel is usually released by the friction of picking it up and holding it.

They developed a new test which can measure nickel released from coins being handled.

The test on six volunteers who were nickel-sensitive found that after handling coins for an hour, they were exposed to four times more nickel than with the old coins.

The study concludes: ‘Our study clearly shows that the nickel-plated steel coins recently introduced in the United Kingdom pose an increased allergy and eczema risk to the general public and cashiers as compared with the cupro-nickel coins that are being replaced.

‘It is of utmost importance that consumers, general practitioners, dermatologists and industrial physicians understand that brief and repeated contact with coins and other items may cause significant nickel exposure and result in nickel allergy and dermatitis on the hands.’

Skin specialists claim there are potential health costs of the new coins from skin disease such as rashes from allergic contact dermatitis and hand dermatitis. The United States, Canada, and Australia all use similar formulas within their lowest denomination coins including the nickels, dimes and quarters.

Here are tips to avoid a nickel allergy:
-Avoid contact with all nickels, dimes and quarters.
-If you have your ears or other body parts pierced, have it done with a stainless steel. Make sure your ---jewelry is made of stainless steel or either 18- or 24-karat gold.
-Buy clothes with buttons, snaps, rivets, or fasteners that are made of plastic or are plastic-coated or painted metal. If your clothes have nickel items, switch to plastic or plastic coated.
-Look for jewelry that is hypoallergenic — made of stainless steel, at least 14-karat gold, pure sterling silver, or polycarbonate plastic. If you must wear earrings that contain nickel, add plastic covers made specifically for earring studs. Buy eyeglass frames that are nickel-free.
-If a good piece of jewelry that you wear daily — such as a wedding ring — causes a reaction, ask a jeweler about having it plated in a less allergic metal, such as platinum.
-If you are extremely sensitive to nickel, you may also need to avoid nickel-rich foods such as fish and chocolate.
Tweet