Home » Mystery , people » Cameron Macauley, The Boy Who Lived Before

Cameron Macauley, The Boy Who Lived Before

Posted by tin Posted on 6:00 AM with No comments 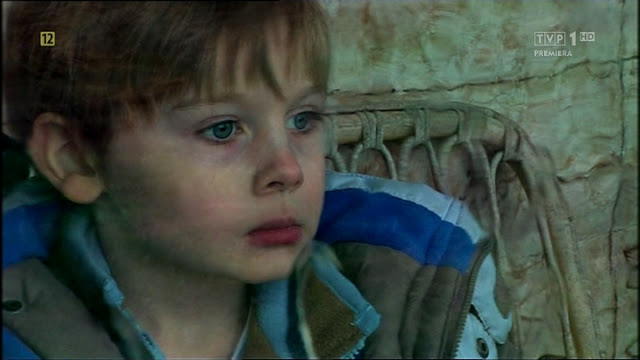 Ever since he was two years old and first started talking, Cameron Macauley has told of his life on the island of Barra. Cameron lives with his mum, Norma, in Glasgow. They have never been to Barra. He tells of a white house, overlooking the sea and the beach, where he would play with his brothers and sisters. He tells of the airplanes that used to land on the beach. He talks about his dog, a black and white dog.

Barra lies off the western coast of Scotland, 220 miles from Glasgow. It can only be reached by a lengthy sea journey or an hour long flight. It is a, distant, outpost of the British Isles and is home to just over a thousand people. Cameron is now five, and his story has never wavered. He talks incessantly about his Barra family, his Barra mum and Barra dad. His Barra dad he explains was called Shane Robertson and he died when he was knocked down by a car.

He has become so preoccupied with Barra and is missing his Barra mum so badly that he is now suffering from genuine distress. Norma considers herself to be open-minded, and would like to find out if there is any rational explanation for Cameron’s memories and beliefs that he was previously a member of another family on Barra. Her first port of call is Dr. Chris French, a psychologist who edits The Skeptic magazine which debunks paranormal phenomena. Not surprisingly, he discounts any talk of reincarnation mooting that a child’s over-active imagination can be fed by the multitude of television programmes available and the easy access to the Web.

Norma is not convinced, she does not believe that Cameron has ever watched programmes that could have provided this information. Norma’s next step is a visit to Karen Majors, an educational psychologist whose speciality is children and their fantasy lives. She considers that Cameron’s accounts are very different to normal childhood imaginary friends.

It has become clear to Norma that there are no easy answers to the questions thrown up by Cameron’s memories. Cameron has asked, persistently, to be taken to Barra. Norma has finally decided to make that journey.

In the past 40 years there have been reports of over 2,500 children who claim to have memories of a past life. At the University of Virginia, a department has been set up to investigate these stories.

Psychiatrist, Dr. Jim Tucker, is the director of research and he says “This is a world-wide phenomenon and happens in places and families with a belief in reincarnation and in places and families without a belief in reincarnation, and in a number of the cases the child’s statements have been verified to be accurate.”. Many of the cases defy a simple, rational explanation.

Dr, Tucker has been speaking to Norma and following Cameron’s case with interest. “Well, Cameron’s case certainly sounds like a very promising one. He’s given the name of a place which, fortunately, turns out to be very small and he’s also given the name of a person. So, with all the details he’s provided, if we’re able to verify a match that would be quite intriguing”. To follow this case as it unfolds would be, for Jim, a unique opportunity. He will fly from Virginia to Glasgow to join Norma and pursue the story in person.

They took a small British Airways flight to Barra, Cameron was very excited. He claimed to recognise many parts of the island, but they were unable to locate the house. They visit the local heritage centre to look for any record of a Robertson family but Calum MacNeil, the local historian, cannot find any suh record.
Next morning they receive a telephone call from Calum, he has some new information. Calum’s records were only for properties owned by islanders, but there was a Robertson family from the mainland living in a white house, close to the sea, at the north of the island during the 60′s and 70′s.

They follow the directions to this house without telling Cameron where they are going. When they arrive at the house, the normally talkative Cameron becomes strangely quiet and subdued. They find rock-pools below the house and a gate to the beach, just as Cameron as described. They have found the house, but much of it has been modernised so is unfamiliar to Cameron.

Through a genealogist they trace a Gillian Robertson still living in Scotland. She would have been a child at the time Cameron remembers living there. She confirms that there was a black and white border collie at the house, but says that there has never been a Shane Robertson or any deaths in her family.

Much of what Cameron claims to remember, appears to be valid, but there are many more unanswered question which will remain an enigma.

One of Dr. Tucker’s most celebrated cases is that of ten year old Gus Taylor from the American Mid-West who claims to have memories of being his own grandfather. His father recalls that when Gus was about one and a half years old, he was changing his diaper when, all of a sudden, Gus said “You know, when I was your age I used to change your diaper”.

On one occasion his mother asked him “When you were Grandpa Augie, did you have any brothers or sisters?” Gus replied “Yes, I had a sister, but she died”. She had been murdered, a fact that was never discussed within the family, so how could he have known about it?

For many in the West, reincarnation is an alien idea. Chris French believes that it’s simply a comforting illusion which helps some people avoid the difficult realities of death.